The OG Mandalorian will be dropping by in Season 2

Boba Fett’s appearance in The Mandalorian was all but a matter of time.

Since the announcement of the Disney+ show, many have speculated Boba Fett’s inclusion to some degree. Some outright expected him to be the titular character, and why not? After all, the Mandalorian in question looked pretty similar to Boba Fett circa 1978 in the Star Wars Holiday Special.

Others fans however, predicted a more subtle role. And it would seem the latter are right.

Last seen on screen (in terms of chronology), Boba was tossed into the Sarlacc of the Great Pit of Carkoon by a blinded Han. Despite having appeared in only two movies (he was later inserted into Episode IV, along with Jabba), the character’s mystique and and guile made him a fan favourite. And while his adventures seemingly came to an end in Return of the Jedi, fans demanded more.

It would be after 22 years of his film debut that fans would finally be given an origin story. The infamous Jango Fett who is introduced on screen in Episode II, is revealed to be Boba’s “father.” An unaltered clone, unlike the Clone Troopers, Boba was part of Jango’s agreement with the cloners of Kamino. 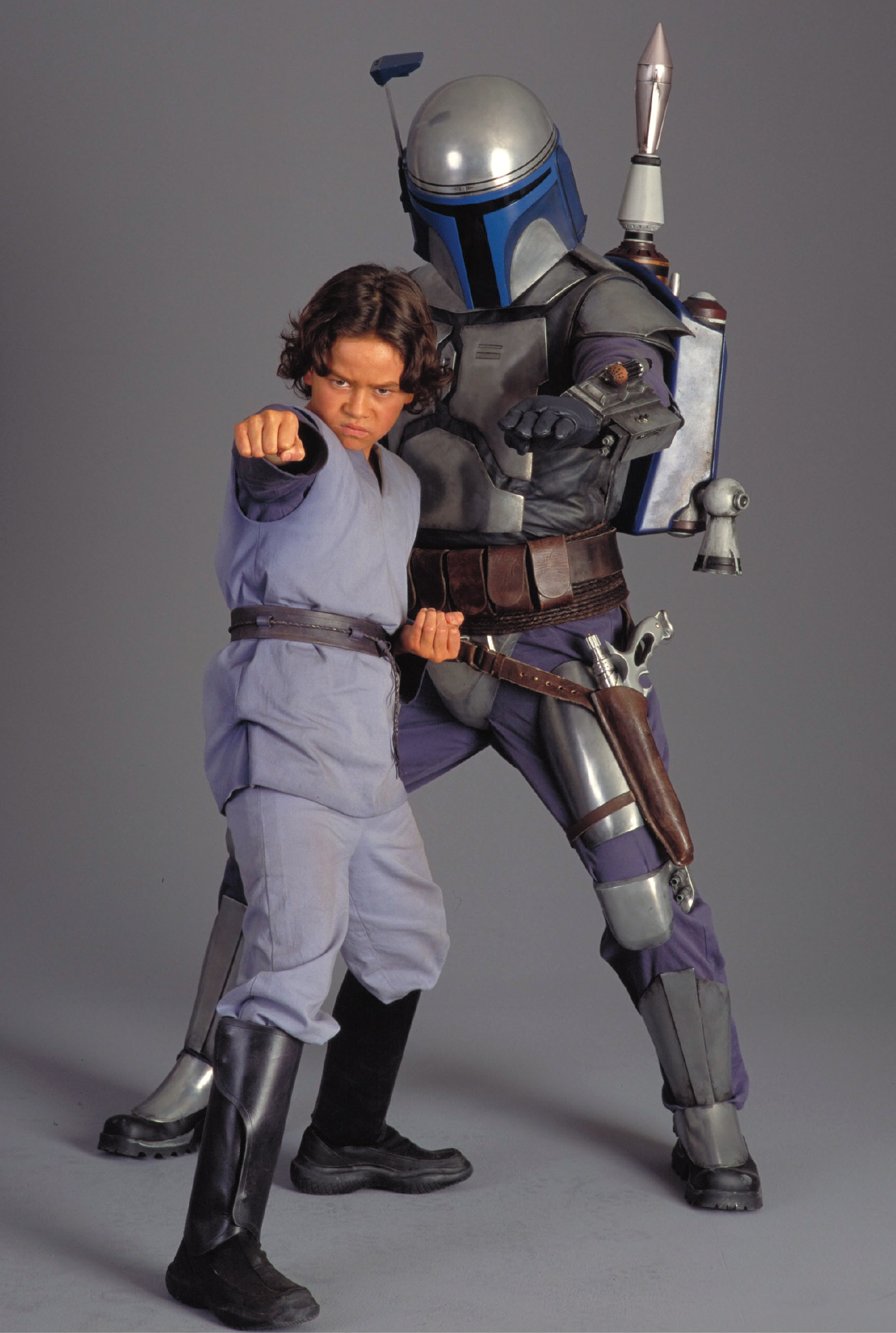 Portrayed by Daniel Logan, this clone of Jango would join the battle against the Jedi following Jango’s death at the hands of Mace Windu during the (first) Battle of Geonosis. Logan also reprised the role in The Clone Wars animated series.

Jango Fett actor Temuera Morrison would go on to portray and voice the Clone Troopers in Episode III, as well as replace the original voice acting for Boba Fett in Episode V.

Star Wars has had some odd luck with aging actors.

When 38-year-old Ian McDiarmid was cast as the Emperor in Return of the Jedi, the relatively young actor’s features were heavily masked with make-up and prosthetics. 15 years later, however, for the filming of The Phantom Menace, McDiarmid would prove to be a more appropriate age for the character of Palpatine, at 53, and pushing 60 by the time the Prequel Trilogy was done filming.

Similarly, the then 40-year-old Temuera Morrison in Attack of the Clones would now be of a more suited age to play a battle-hardened and Sarlacc-scarred Boba Fett (albeit, the character’s a little younger).

While having Boba Fett appear in season 2 of The Mandalorian may be every fan’s fantasy, the truth is that a team up may be unlikely.

Unlike The Mandalorian‘s Din Djarin, who’s essentially a big softy in Beskar, Boba Fett is pretty much a non-nonsense mercenary. There’s a greater likelihood of the OG bounty hunter being brought in to take down Din. After all, if you need to take one Mando down, who better than another Mando?

Especially one who has a personal reason to dislike Force users… and one that looks like a very well-known Jedi from his childhood, no less. After all, young Boba witnessed the arrival of master Yoda with an army of his father’s clones minutes after his father had been beheaded by another Jedi.

Furthermore, we may have already have seen hints of Boba in the first season of The Mandalorian in Chapter 5: The Gunslinger–the mysterious figure who visits the body of the “fallen” Fennec Shand (Ming-Na Wen).

What If… Thor Hadn’t Cleaned His Room?

Hojo Pojo – A Hot Pot Of Fun For Family And Friends

Shang-Chi and the Legend of the Ten Rings Fulfils a 13-Year Wait!

The Witcher: Nightmare of the Wolf is for the Pack