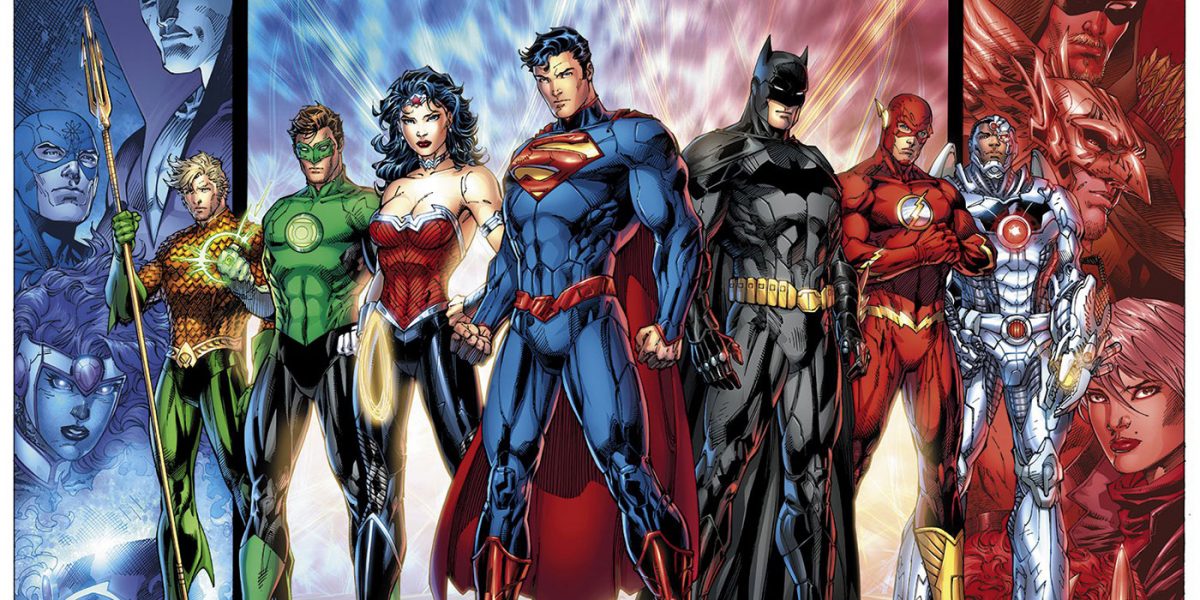 The Problems with DC Comics’ New 52

DC Comics decided to reboot their universe with The New 52. Now, I don’t hate reboots. In fact, as a guy who started reading comics in the early ’90s, I was a fan of a universe that had already undergone two massive reboots—first during the onset of the Silver Age (with Barry Allen’s Flash and Hal Jordan’s Green Lantern) and again in 1986 with the end of Crisis on Infinite Earths.

There have been a fair number of them since, though none seemed to have had the same impact as the aforementioned events-though a case could be made for Infinite Crisis-that is, until 2011’s massive crossover event Flashpoint.

The skeleton: Flash goes back in time to prevent the death of his mother (and the consequential conviction of his father) and, in doing so, sucks in the entire Speed Force and messes up the known timeline. While undoing this, he realises that there are actually three primary timelines—the mainstream DC universe, the Vertigo universe and the Wildstorm universe. A mysterious being (Pandora) appears and reveals to him that reality had once been split so as to weaken it against an impending threat. To give his world a fighting chance, Barry unites the three timelines and creates The New 52 universe.

As universe-spanning events go, Flashpoint is actually pretty good. Despite lacking the epic scale of Crisis of Infinite Earths or the historical depth and drive of Infinite Crisis, Flashpoint delivers an interesting and succinct story that brings Barry’s journey to a full-circle with this reality changing event. After all, it was his self-sacrificing heroism that had saved this reality back in the first Crisis.

Coupled with a fun opportunity to explore a bunch of characters Elseworlds style, Flashpoint was accompanied by interesting tie-ins that, while not entirely crucial, were certainly worth the read. So what, then, was the problem?

Almost everything that came after.

Much like all the other big events done by DC or Marvel, Flashpoint was but a harbinger (you’d get the pun if you read the first Crisis) of the most massive/drastic reboot in DC history.

The New 52-beginning with Justice League #01 in August 2011-resets every issue’s number to #01 AND (almost) every character is returned to roots in efforts to make DC Comics’ titles more accessible for new readers.

A large portion of mainstream comics’ failing has been its lack of inclusiveness to female readers. Over the years, this has become an increasingly glaring problem as DC continues to alienate about 50% of the human population while introducing female characters only to have them fill out barely-there spandex costumes.

With The New 52, DC made a promise to make their titles more female friendly while also reducing the overt sexualisation of some characters, even going as far as to cover the cleavage window on Power Girl’s costume. So naturally, we got this:

Look, there’s nothing wrong in having sexy women in comics (I am a guy, after all), but at which point does it get so absurd that people realise that half of these crime fighters are parading around in almost no clothes. Even indestructible heroes like Superman cover up! Hell, they’ve got him wearing armour!

Really, DC, how difficult is it to have your female characters properly dressed up? Just, y’know, have Jim Lee throw more lines on all of them. It’s not like the male characters are walking around in their underwear… well, not anymore at least.

When DC sent all of their heroes back to the starting line, it was understandable that they wouldn’t wanna do that with some of their already profitable properties. Well, just two, actually: Green Lantern and Batman. With a slew of titles under each of the “families” (a group of titles sharing characters and mythology), it would have been insane to revert these properties and build them back up to where they were in 2011.

Thing is, imagine being a brand new reader who isn’t aware that the Green Lantern title is shared by FOUR Earth heroes (not to mention the  7’200 intergalactic beings) of whom the first got possessed, went completely bonkers, tried killing everyone, ended up saving everyone, became the spirit of god’s vengeance and then got resurrected by the fourth Green Lantern. And it doesn’t end there. Turns out, there are eight other coloured-Lanterns—each powered by a different emotion—and one of them makes zombies of dead heroes.

Then there’s Batman who has had no less than FOUR Robins, TWO Batgirls and a couple of Batwomen on his team – let’s not forget that  he “died”, returned, began a Batman company by recruiting “Batmen” around the world and then gave them their own independent titles… or something like that.

While I was none too pleased about losing decades of history with this reboot, truth is the problem here is that DC didn’t reboot enough of it. By cherry picking the pre-Flashpoint events, DC’s two most popular titles (by virtue of sales and film) are now the hardest to get into. No to mention the mess it has made of its continuity.

Instead of ranting about why this has been screwed up, allow me to just give a couple of examples.

At the point of launch, we find out that Bruce Wayne has been operating as Batman for somewhere between 5 to 6 years… which means in 6 years Bruce Wayne operated solo; Dick Grayson and Barbara Gordon join him as Robin and Batgirl; Dick Grayson becomes Nightwing; Jason Todd becomes the new Robin and is then killed by the Joker; took in Tim Drake as the third Robin; Barbara becomes Oracle; Bruce gets his back broken by Bane and is first replaced by Azrael, then Dick Grayson; resumes his identity as Bruce Wayne; and– y’know what, I think you get the point: the timeline’s a mess. And somewhere in these 6 years, he gets himself a 10 year old son-though the whole “genetically modified” excuse is used here.

Then there’s the Death and Return of Superman which is, assumably, still in continuity. However, then, did the events play out exactly? In the New 52, Steel’s and Superboy’s origin are independent of the events of Superman’s death. In fact, John Henry Irons became Steel during Superman’s early days, so did he help out against Doomsday? And Superboy was created after the Coast City events which means he wasn’t there to expose the Cyborg Superman as a traitor. Thing is, the destruction of Coast City as seen in Reign of the Supermen is significant due to the still-in-continuity stories of Green Lantern where Hal goes mad with grief and becomes Parallax which is what brings about almost everything that has happened in the DC Universe since 2004.

And there’s also the fact that in this no-JSA continuity, a lack of Alan Scott would mean no Jennifer-Lynn Hayden (Jade), which would mean there’s no way for Kyle to become Ion again.

Part of what made comics difficult to follow was the near incoherent jumping back and forth between titles for various events. Traditionally the larger the event, the higher the number of comics involved. Sure, you’ve got your neater events like Blackest Night and Infinite Crisis that were mostly contained within the main titles – but even those were accompanied by a fair bit of tie-ins (no less than 40 issues, actually) that contained some pretty significant details.

However, if the whole point of the reboot was to attract new readers, the first thing DC should have done away with was Events. It’s one thing to feature a flagship character in the lesser known titles within the respective family (i.e. Superman dropping in on Supergirl) but it’s another thing to compel new readers to pick up multiple, otherwise unrelated, titles.

Simply put, if you want new readers, don’t confuse them and don’t make them feel like they have to spend more than they are prepared to.

From Print to Screen

When DC hinted that they intended to make Hal Jordan look like Ryan Reynolds to increase association between the comics and the movie, I balked. Given how abysmal the movie was, I had no idea why DC would want to immortalise it in the pages of their comics.

That being said, it seems to be really odd as to why DC isn’t attempting to make their movies at least resemble the comics.

A quick example would 2013’s The Man of Steel. In the New 52, Superman has taken on a younger, more brash persona and he wears a costume that’s closely linked to his Kryptonian roots. Despite my lack of love for the current Superman, he is actually interesting if treated as some alternate version of the character.

Instead, we got a 143 minute snoozefest that culminated in the senseless destruction of Metropolis so he could stand on the rubble and make out.

My issues with The Meh of Stupid aside, the big question here is why is DC projecting something so different from their comics? Even Arrow (which I do love) isn’t entirely representative of the Green Arrow in the current comics but is more reminiscent of a bygone era. Thank god!

While this might be corrected in the upcoming Batman v. Superman (*snigger*), the question remains as to why DC would take 3 years to figure this very simple method of creating a form of association between movies and source material. 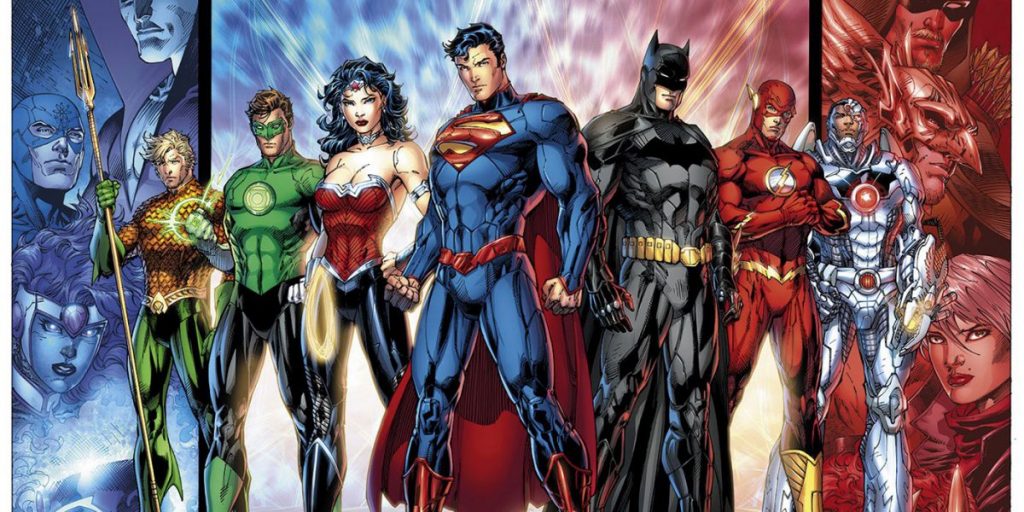 It is certainly a point of pride for both DC and Jim Lee to say that the latter practically re-designed every character’s costume in this new reality. Lee, after all, was one of the men behind the bestselling comic of all time and it’s not every day that an artist is asked to come in and essentially decide the look of 70 odd years of history. Problem is, it seems like he kinda ran out of ideas and his solution was lines. Lots of lines.

Superman’s costume looks too old-fashioned? Lines! And we’ll make it look like armour.

Green Lantern’s costume looks like spandex? Collar! … and lines, ’cause why the hell not?

I know, I know. They weren’t technically removed but just returned to Earth 2. Thing is, I liked the idea of legacy heroes. The idea that there always were heroes on Earth and that they first stepped up during World War Two just made sense. It also made sense that heroes didn’t just magically appear somewhere circa 2006.

In addition to history, the JSA often played the role of legacy heroes—the first Flash, Green Lantern and Black Canary were all mentors and parental figures (literally for the last one) for later generations of heroes, even DC’s Trinity of Superman, Batman and Wonder Woman. As Batman best said, “The (Justice) Society is family.”

In some ways, the JSA was kinda what made DC different from Marvel. Despite keeping some of their older heroes eternally young, the DC universe nevertheless had the deep history of heroes dating back to the ’30s and working towards establishing a world that loved their heroes and were not viewed as neighbourhood menaces.

What do YOU think of the new 52? Love it, Hate it or just Going with it?

@wandavision, the first of #MCU phase 4 is off to 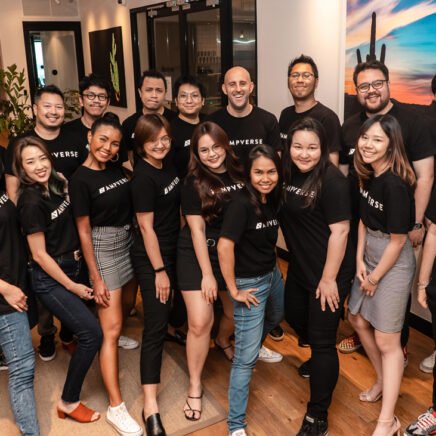