Glam Up Your F1 Singapore Festivities With Sky Grande Prix!

When the engines turn off, the city turns into one giant party! Sky Grande Prix, Singapore’s biggest race season extravaganza is back for its 5th instalment this year, promising a string of festivities, featuring five themed-nights from 14th to 18th September 2016 taking place at Empire and Skyline.

Attracting over 7,500 revelers in 2015 over the 5-day extravaganza, Sky Grandé Prix takes you 45 levels up in the sky, offering a stunning 360-degree view of the city and a glimpse of the track as they party atop one of the highest nightspots in town.

This year, Sky Grandé Prix revs up to be bigger and better, featuring all things indulgent from popping champagne, a dazzling display of diamonds, luxury fashion show to fast cars, not forgetting guest DJs.

This year, guests can expect a newly renovated Empire, along with a new ultra lounge, Skyline to enjoy the famed panoramic view of the race track. What’s a great party without music? Sky Grandé Prix will see some of Singapore’s hottest DJs spinning the night away in Empire and Skyline, with genres ranging from R&B to Top 40s and EDM. 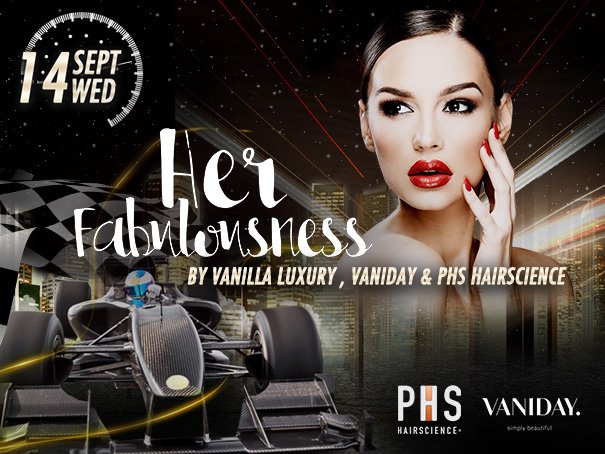 It’s F for Fabulous! In conjunction with Vaniday, the go-to app to book all your beauty and wellness salon appointments, Her Fabulousness is an initiative that celebrates everything that makes us feel beautiful. Kicking off the most glamorous season is an evening of glamming up.

At Sky Grandé Prix, ladies will receive complimentary beauty services from manicures, makeup services and massages by Vaniday, to a specialised hair and scalp analysis from the leading hair care trichological experts at PHS Hairscience along with complimentary drinks. Make sure you choose to book your complimentary services (http://bit.ly/skygrandeprix-vaniday) in advance so you don’t miss out. 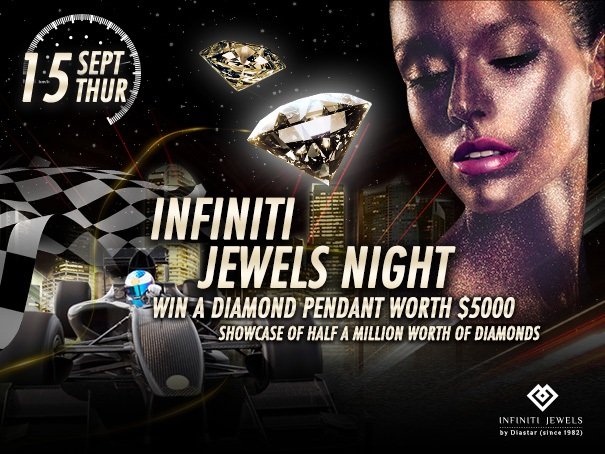 What is glamour without glitter? The second night of Sky Grandé Prix invites Infiniti Jewels to showcase of a half a million dollar diamond collection featuring some of the world’s rarest diamonds including the much vaunted Natural Fancy Pink Diamonds as the centrepiece to the party as the cars zip through the city and around the building.

Revellers also stand a chance to win a $5000 diamond pendant. 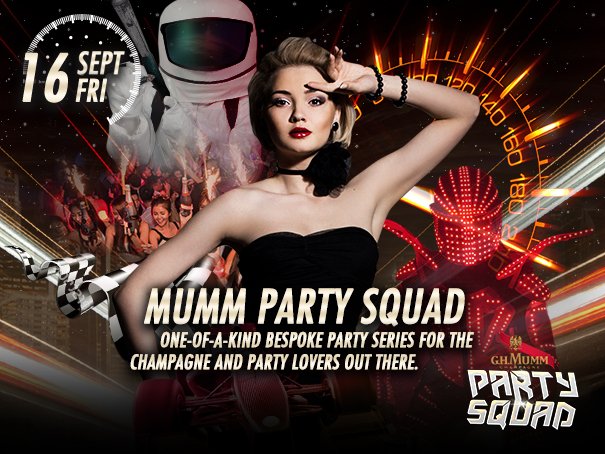 The Grandé Prix spirit is epitomized by bubbly and the Sky Grandé Prix weekend sets the tone with a champagne specially crafted for celebrations! G.H Mumm’s N°1 Limited edition collection is destined for the victory and celebrations of the finish line. Indulge in the spirit of the Grandé Prix Champions with the super popular G.H. Mumm Party Squad – a posse of celebrity partygoers that elevate every party with a champagne popping show!

Expect only the best and be handsomely rewarded by the Mumm Party Squad.

The heart of the city’s biggest weekend and every seasoned partygoer knows what to demand for: supercars, race queens, glamour and needless to say, tons of champagne. We bring you all this more as we team up with the gurus of racing and race-cars, Rev Magazine.

Celebrate Infinite love for all things racing with partygoers and the largest supercar groups of Singapore.

This is the apex of glamour; sexy, sultry lingerie adorn beautiful models as they strut, stroll and sweep the audience of their feet for the exclusive Asian premier of the Essence by Triumph WN16 – a  classically elegant, yet powerfully seductive collection that is a unique fusion of sensual artistry, lavish cuts and design expertise set to ignite your senses as the brand celebrates its 130th anniversary.

Paired with the most exciting night of race weekend – the final race this evening is designed to excite, delight and bring Sky Grandé Prix to a tantalizing, satisfying finale. 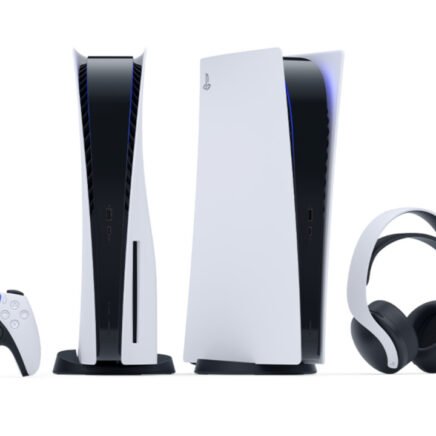