The once Prince of Bel-Air is less fresh, and more an undressed salad in Ang Lee's Gemini Man.

This movie was meant to be the stuff of the legends.

Where do we even start? Gemini Man is directed by the acclaimed Ang Lee, who’s the man behind some hot blockbusters like Crouching Tiger, Hidden Dragon and Life of Pi, particularly known for his work that utilises martial arts with finesse.

The film is also produced by the hit producer Jerry Bruckheimer, who has given us absolute classics, like Top Gun, Beverly Hills Cop and Bad Boys.

The movie stars WILL FREAKIN-SMITH–a face that audiences have known plenty of across entertainment industries–as both the protagonist and a supposed antagonist.

And yet, the movie doesn’t pack any punches, with its unique action sequences barely distracting from a tumultuous failure at plot-realisation and writing, as well as the eerie crispness of a film SHOT AT 120 FPS. 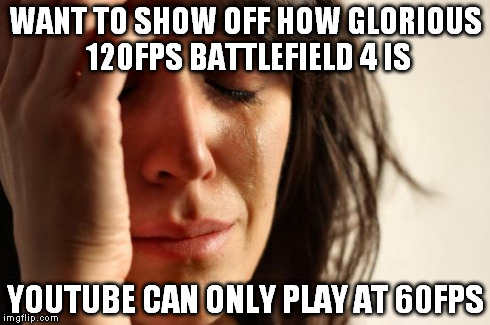 I’ll try to start with the good stuff, but first, some context.

Gemini Man was in development for 20 years.

And right from the beginning, it was set to star only legends, with numerous actors including Harrison Ford, Clint Eastwood, Arnold Schwarzenegger, and Mel Gibson all having been attached to it at some point. Ang Lee weathered through plenty of changes to make this happen, and by the time it did, the film cost Paramount $138 million to make.

Writers and directors being one of the many things that were changed through the course of production, here’s the rough plot that we see in the movie:

Will Smith plays Henry Brogan, a retired government assassin who’s so skilled he can snipe a man on a moving bullet train. He’s suddenly subject to some intense attempts at being sniped himself, only to find out that his assailant is, in fact, a clone of himself.

In an Uncharted-like adventure, the rest of the movie develops with Henry trying to unwrap the humanity in his clone, who is no machine.

The video quality is intense.

That is if you get to watch it in a theatre that can screen Gemini Man at the 120 fps that it was shot at. On most commercial screens, Gemini Man‘s going to look jarring, and suffers from the same hyper-realism that The Lion King does from. Will Smith’s CG clone looks super weird and different at certain points, though also believably.

It’s no fault of the creators’, I guess, but struggling not to compare the clone to the popularised face of young Will Smith is a feat that the audience shouldn’t have to be put through.

It’s still an experience to watch on 3D though, and while weird, the art-direction choices, shots, action sequence planning and graphics make the film look like how an Assassins Creed game would look if the gameplay graphic quality matched that of its ridiculously HD trailers.

Sequences also seem to be shot to emulate the style of adventure gameplay, sometimes switching to first-person view and giving you a third-person view that extends as Henry tries to peek over walls. There are also plenty of grenade-duck moments that might give you some enthalling and immersive gaming vibes, though a game might actually make for a better movie than this does. I mean, Bioshock.

And it could’ve been all that.

Apart from having some of action’s biggest names on roll, Gemini Man also had a premise that left one of storytelling’s best themes at its disposal. The exploration of what it means to be human, and there being god in humanity above machine, has given us some of Hollywood’s best stories. Gemini Man seems to use the contextual humanity of both Bryans to skate past anything potentially exploratory.

The script fizzles right from the beginning of the movie and barely serves a purpose other than to help drive the narrative, and to force a relationship between Henry and his clone. Gemini Man also has plenty of weird flirty moments.

Mary Elizabeth Winstead is ravishing as always in Gemini Man, and the flat dialogue and photography style makes her seem all the more like a hot game character who’s there for the cut scenes. Gemini Man also stars Clive Owen as the protagonist and Benedict Wong, both of whom are forgettable.

The contrived plot is paced with little care for the movie’s elements, with Henry taking so long to meet his clone that it’s almost like the second act has begun. That’s a bad thing because Henry clone isn’t even the actual antagonist.

Ang Lee’s futuristic aspirations grasp at some straws, though it’s clear he’s gotten a little too caught up with toy-tinkering. The technical achievements of the movie are not yet able to deliver a holistically astounding viewing experience, though, in theory, astounding is what they are.

If you ACTUALLY like Will Smith, don’t watch this movie. But if there’s one thing that could pardon your choice of wanting to watch this movie, it’s Will Smith’s face. Nobody needs to be put through that dilemma. Just put Youtube on and get jiggy wit it instead. Or hell, go watch blue Smith in the Aladdin remake (which is a bore, to begin with).

Hojo Pojo – A Hot Pot Of Fun For Family And Friends

Shang-Chi and the Legend of the Ten Rings Fulfils a 13-Year Wait!

The Witcher: Nightmare of the Wolf is for the Pack