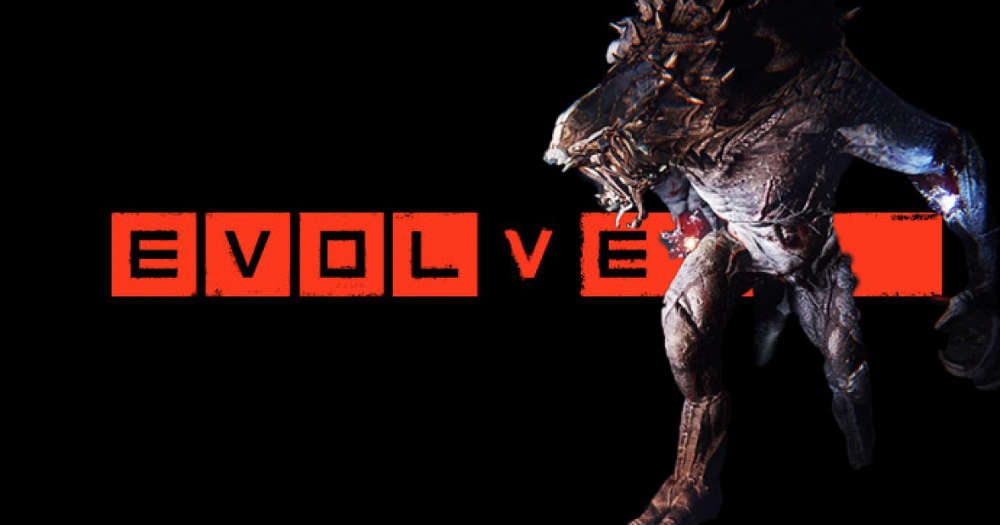 Changing the way we look at cooperative first person shooters (FPS), Evolve brings cooperation within teammates to an all new level. The objective is simple: 4 hunters are to track and kill the monster—which is played by another player, revolutionising the 4 versus 1 mechanic by giving one player the overpowered “monster.”

Evolve throws all players onto a map where the two sides have specific objectives to complete. The hunters simply have the job of tracking and taking out the monster, while the monster has to basically run around the map, kill smaller wildlife and feed on them to gain levels and, well, evolve!

An interesting element is that the monster has two ways of winning: the first is by taking out all the hunters before any of them can re-spawn, while the other is to reach the hulking level 3 evolution and take out the power relay.

On the hunters’ side of the game, each player has to play one of the 4 classes—Assault, Support, Medic, Trapper—in every team with the variety of 3 characters per class, each with specific types of skills that are slowly unlocked as the player progresses through the game.

Bringing in the most amount of offensive power, Assault class hunters dish out huge amounts of damage to the monster. If the Assault class seems a little single-tracked, players seeking more variability can try the Support class, adding the responsibility of protecting the team while still dishing out substantial amounts of damage.

The classes’ diversity becomes apparent with the Trapper class. With the ability to track as well as lay down nets to prevent the monster from running away for a certain amount of time, Trappers add a significant element to the gameplay by preventing the monster from escaping attacks.

Coming in with a surprising twist however, is the Medic class who heal their teammates throughout fight… Okay, so there’s not much of a twist there, but c’mon, what else did you expect of a class named Medic? Nevertheless, the gameplay, and the obvious tilt in brute strength towards the monster, makes the Medic class an interesting play. The option of 3 characters per class plays a big part here, so choose carefully. 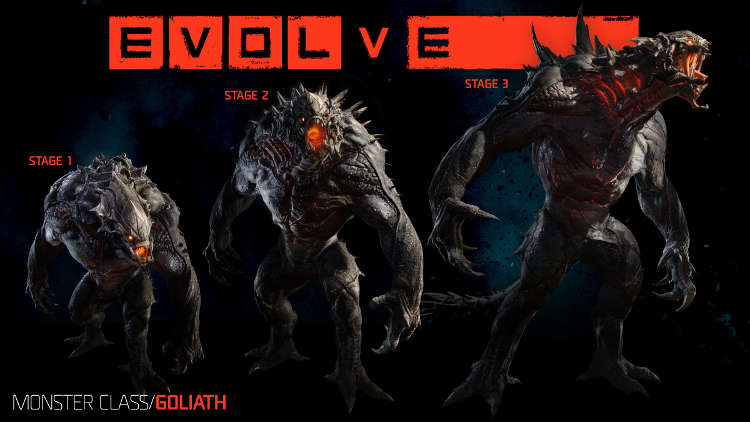 With what must be its greatest strength, Evolve always gives players a choice. Even Monster players also have a variety to choose from, depending on how they’d like to play—would you like to go straight in and hit hard? Or maybe sneak around and take out Hunters from afar by using the four special skills each monster is given.

Being a tank of sorts the Goliath is an up close and personal monster that focuses on heavy melee damage and easily tanks massive amounts of damage dished out by the Hunters. 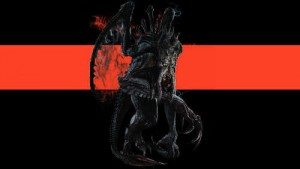 The Kraken is able to fly and uses ranged electrical attacks, relying more on sneaking around due to the lower life it has compared to other monsters. 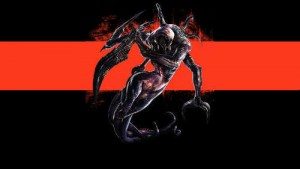 Relying on stealth attacks, the Wraith has the lowest health capacity but has the highest mobility and attack capability. Look out for that speed! 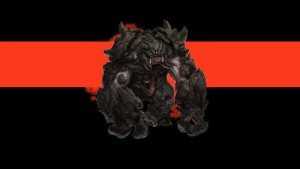 Available as a DLC, the Behemoth is the largest of the four and has the highest health. While its size slows it down and prevents it from jumping, it does have the ability to roll around and attack, dishing out a ridiculous amount of damage. 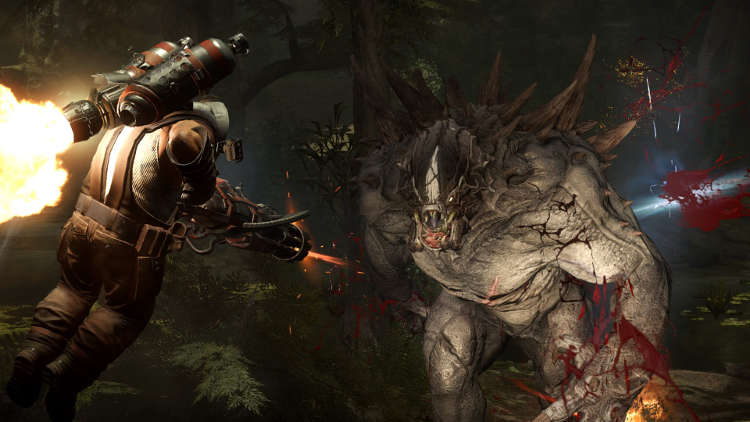 What really impressed me about the game was its effort in providing an explanation for the story mode and instead of just throwing players into the hunt with no reason whatsoever. I like that the developers do wanna tell a story and not just let players assume why they’re “hunting.” Although it’s still not very extensive, it’s still something!

The graphics are, of course, beautiful with the detailing on flora and fauna clearly defined. However, the one weakness is that the map is mostly dark, making it pretty hard for players to actually see, and getting unnecessarily difficult at times.

It also has four different game modes for players to choose from, instead of having just the conventional hunt option, allowing players a greater variety to choose from so that players don’t get bored with the game easily.

The game also has other interesting mechanics, like both sides being able to kill “elite” monsters to gain temporary power ups such as extra health or even increased damage. This can be seen in two ways; you could kill for the power up or kill to deny it of the other party. Players can also choose the preferred class to play before finding a game, letting them play what they know or think they can play best to give an optimum experience.

The drawbacks however, are also clear. Being a cooperative game it’s better to play with friends instead of public players, simply because some players do not know what they’re doing, causing the downfall of the team. This makes it much harder for Hunters to win in public matches and monsters do not have to worry about anyone else.

Another point I feel is that even though the monsters are alone, they’re still a little too overpowered, unless you catch them at level 1 (which is nearly impossible cause their mobility is pretty ridiculous). They become really tough to kill at level 2, and at level 3 (unless you have teamwork and skills of gods) you’ve practically already lost.

On the overall, Evolve definitely revolutionizes cooperative games and gives players a completely new experience. However, no game is perfect, but maybe with a few updates it could definitely be a game that everyone will remember in years to come.

Meta Restaurant in Singapore Identified as Rising Star of the Region

The Flash Returns for a Seventh Season Exclusively on Warner TV.

Shake Shack Partners with tobyato for its Sixth Restaurant in Singapore

Selected by the organisers of Asia’s 50 Best Res 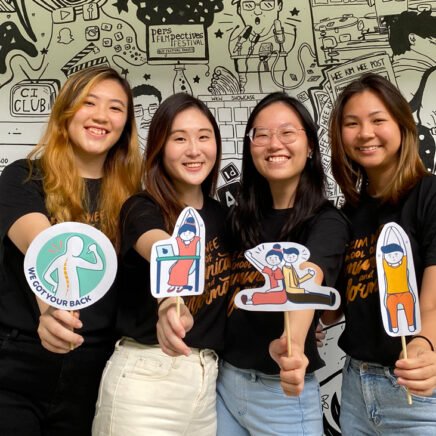