The undead curse continues to spread across the kingdom of Drangleic with DARK SOULS II: Scholar of the First Sin, now available across Southeast Asia (Singapore, Malaysia, Thailand, Philippines and Thailand) for the PlayStation 4, PlayStation 3, Xbox One and STEAM for PC.

All three DLCs released for DARK SOULS II (Crown of the Sunken King, Crown of the Old Iron King, and Crown of the Ivory King) will be included in the package as well as new story elements and a new NPC found in the latest content update available for current DARK SOULS II players.

“With DARK SOULS II: Scholar of the First Sin, our DARK SOULS franchise jumps to the latest generation of consoles. With upgraded graphics, new enemy locations, new NPCs and other enhancements; this is the perfect time to get into the DARK SOULS universe and experience the uniqueness and depth of this acclaimed series.” Herve Hoerdt, Vice President of IP Strategy, Marketing & PR at BANDAI NAMCO Entertainment Europe.

DARK SOULS II: Scholar of the First Sin is also available for PlayStation 3 system, and digitally for PC DirectX 9 systems. This new version of DARK SOULS II will include a new content update for current DARK SOULS II players, enriching the player’s journey through Drangleic, as well as all three DLC released for DARK SOULS II. 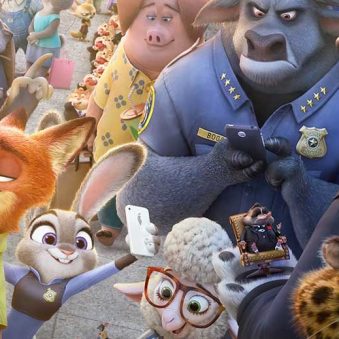 6 Oscar-Winning Animated Movies to watch on Disney+
Share via