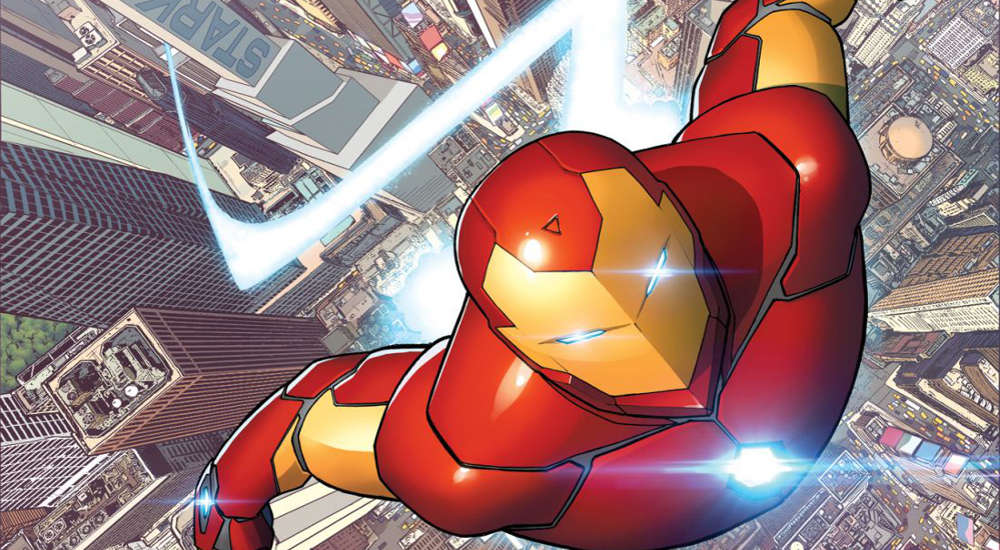 All-New, All-Different Marvel kicks off in full force this fall, and Marvel is making sure all comic book stores worldwide are armed and ready for their new flagship title as Invincible Iron Man #1 explodes into comic shops this October! And Marvel is making the launch one to remember.

In addition to being first in line to purchase Invincible Iron Man #1, fans will also be able to receive special items at participating retail stores, including the first piece of the exclusive Build Your Own Iron Man promotional item!

But that’s not all! Also look out for the Invincible Iron Man #1 Deadpool Party variant by rising star Yasmine Putri!

Strap in and suit up! Prepare for the marquee comic launch of the fall as Brian Michael Bendis and David Marquez armor up and bring you a new Iron Man for a new Marvel Universe. Don’t miss the blockbuster Invincible Iron Man #1 – on-sale October 7th !